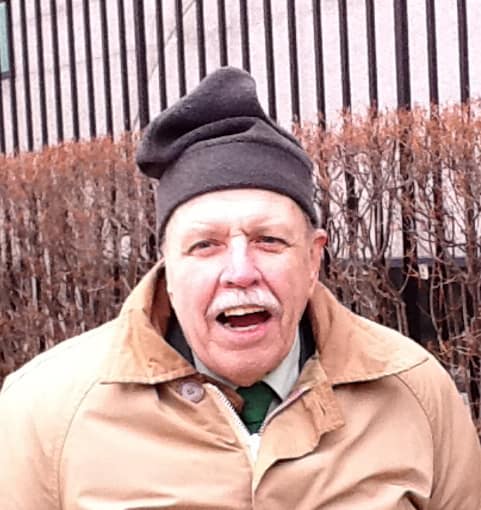 Last week our profession lost a very special man. The effervescent Jim Mulcahy passed away unexpectedly at his home in Holyoke, MA. I met Jim three years ago when he proposed that the Alpha Tau Gamma (ATG) fraternity brothers from the University of Massachusetts Stockbridge School of Agriculture band together to revivify the overgrown trees, shrubs, and groundcovers at Tenshin-en, the Museum of Fine Arts, Boston’s Japanese Garden. With Facilities Manager Karen Haley’s help, we set a date in late January, 2012, to start pruning—and a freezing cold Saturday it was! Twenty-two arborists, horticulturists, and designers arrived with shears, loppers, and saws in hand to prune the overgrown garden back into shape. At the helm of it all was an energetic and enthusiastic 70-year-old—Jim Mulcahy—who commanded the group from his wheelchair with a broad Boston accent and an Irish twinkle in his eye.

Since then, Jim brought the group back four more times to care for the garden. He claimed that the ATG brothers gained excellent experience by learning about Japanese garden philosophy and pruning techniques. But I think that the Museum and the garden gained even more from this relationship. For soon after Jim and the fraternity brothers started pruning, the MFA decided to seek funds to do a full renovation of Tenshin-en, hiring my colleague Shinichiro Abe and his firm Zen Associates to do the work and an American carpenter to rebuild the gate. The original donor of the garden, the Nippon Television Corporation, has funded the renovations and now, in another month, the garden will opened once more. But alas, it will open without Jim’s caring vision and trumpeting voice. He will be sorely missed.