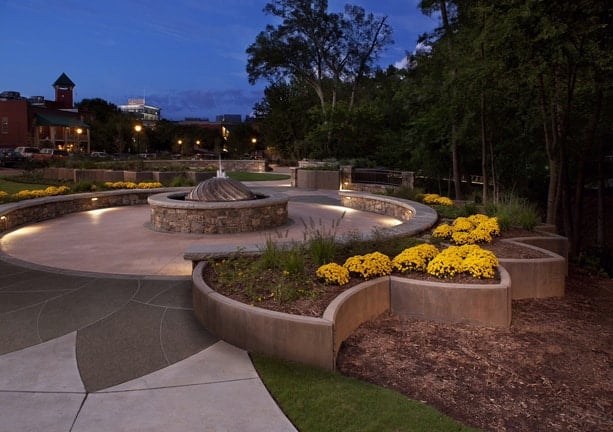 The South Carolina Chapter of the American Society of Landscape Architects has awarded Pedrick’s Garden at Little Falls Park its highest honor, the President’s Award of Excellence. The awards jury of the SCASLA unanimously voted to give the award to McLeod Landscape Architects, the landscape architect of record, who worked from original plans by JMMDS.

Pedrick’s Garden was created in memory of Pedrick Lowery, a member of Carolina Foothills Garden Club who helped to create Falls Park. In the original JMMDS designs, the Sunflower Gardens took their inspiration from Pedrick’s love of gardening and her favorite flower. 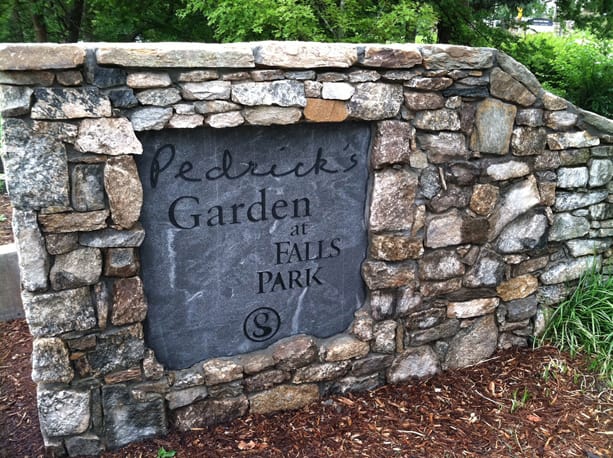 Pedrick’s Garden was opened in August 2014. 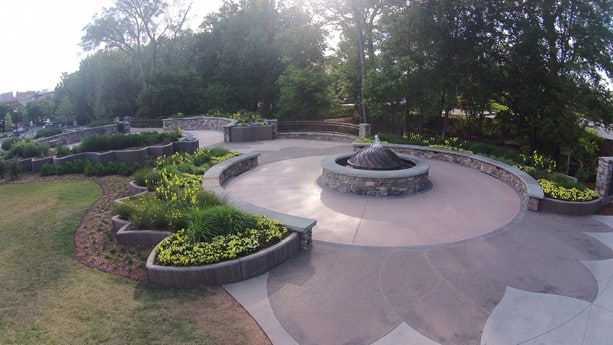 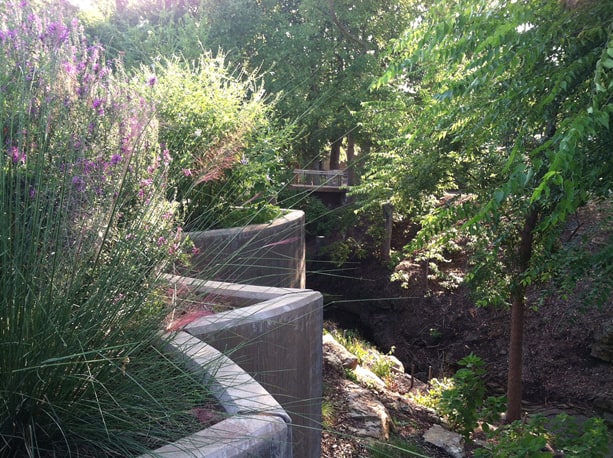 The pedestrian bridge connects the upper and lower sections of the garden. 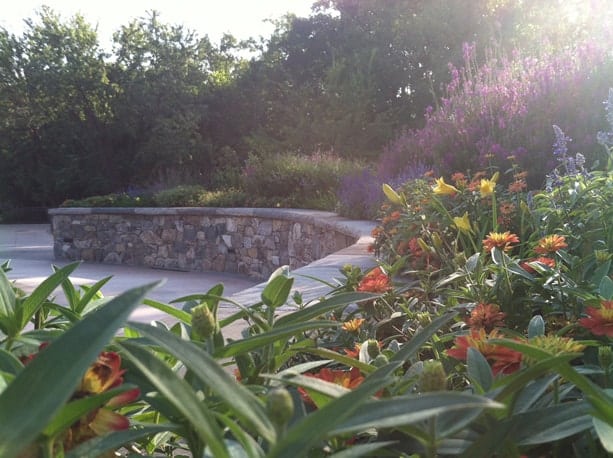 Photos, except where noted, by Edward A. Kinney, Senior Landscape Architect, City of Greenville Parks & Recreation.