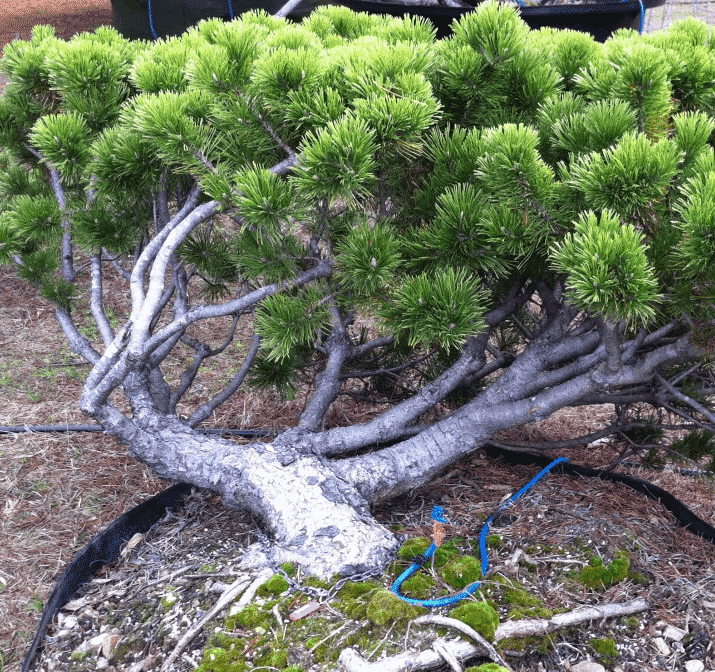 Text and photos (except where noted) by Jana Bryan Wunderle, JMMDS

Julie and I recently enjoyed a fieldtrip to Wentworth, NH, to visit the Shin-Boku Nursery on the western edge of the White Mountains. We were conducting research for a private garden we are designing for a client whose first love is trees, and this specialty plant nursery is renowned as very likely the largest nursery in North America dedicated to the production of Japanese garden trees, grown in and suitable to New Hampshire’s rugged climate. 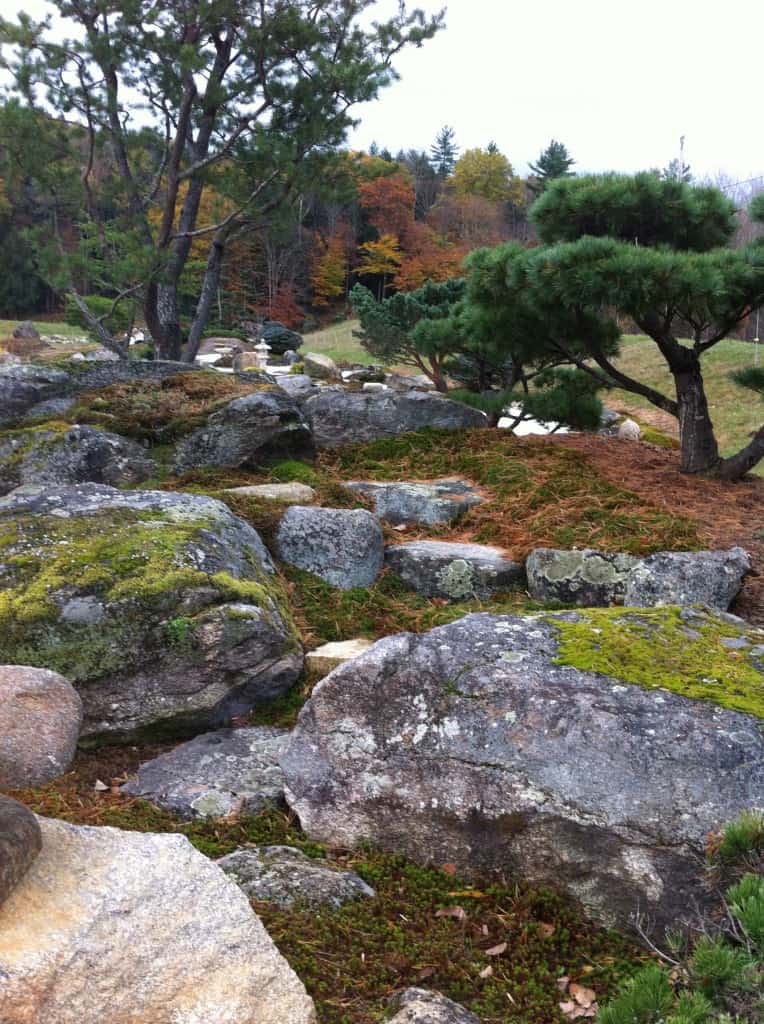 The Stroll Garden at Shin-Boku Nursery in Wentworth, NH.

Shin-Boku’s owner, Palmer Koelb, was delivering coffee to his foreman when we arrived, so we had a few minutes to experience his stroll garden on our own. Small stepping stones, moss-covered boulders, and sculptural trees are designed to create a journey that adds up to much more than the distance traveled. It was a wonderful first impression and introduction to Shin-Boku. 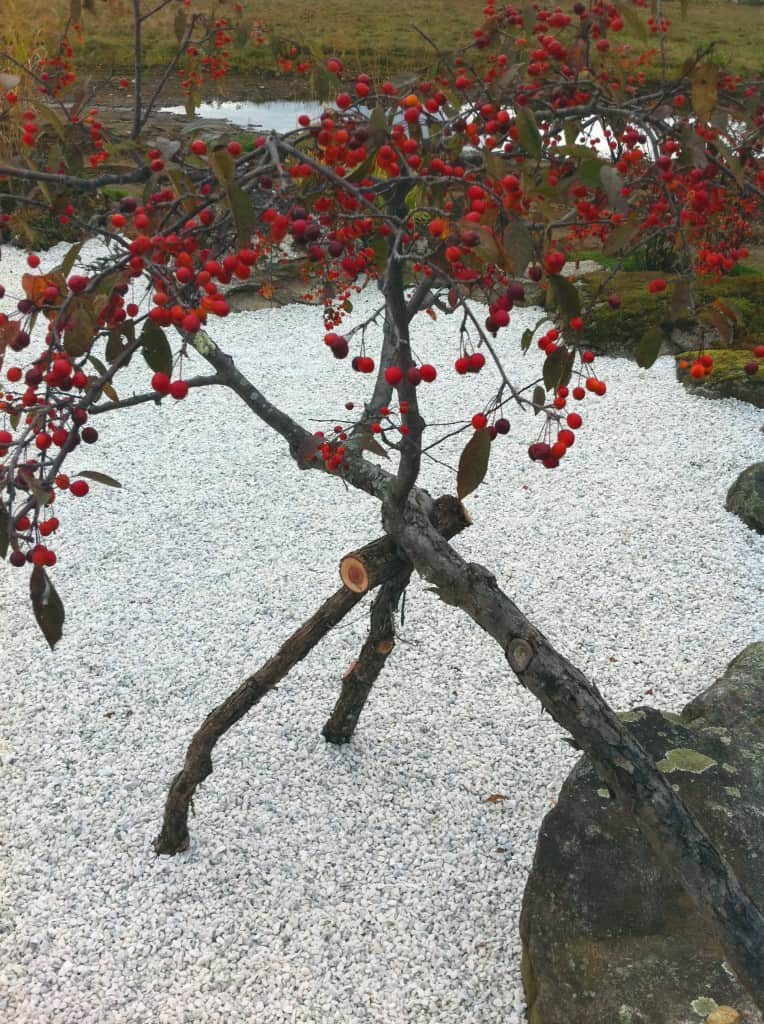 Striking red fruit against a pool of white gravel.

When Palmer returned, we drove to the nursery entrance on the other side of a cow pasture. Palmer’s story is similar to that of many who fall in love with Japanese gardens – love at first sight. He was riveted at an early age by the books his father, architect Carl Koelb, had on Japanese gardens. He knew when he was twelve years old that he loved the art and design found in this garden tradition. 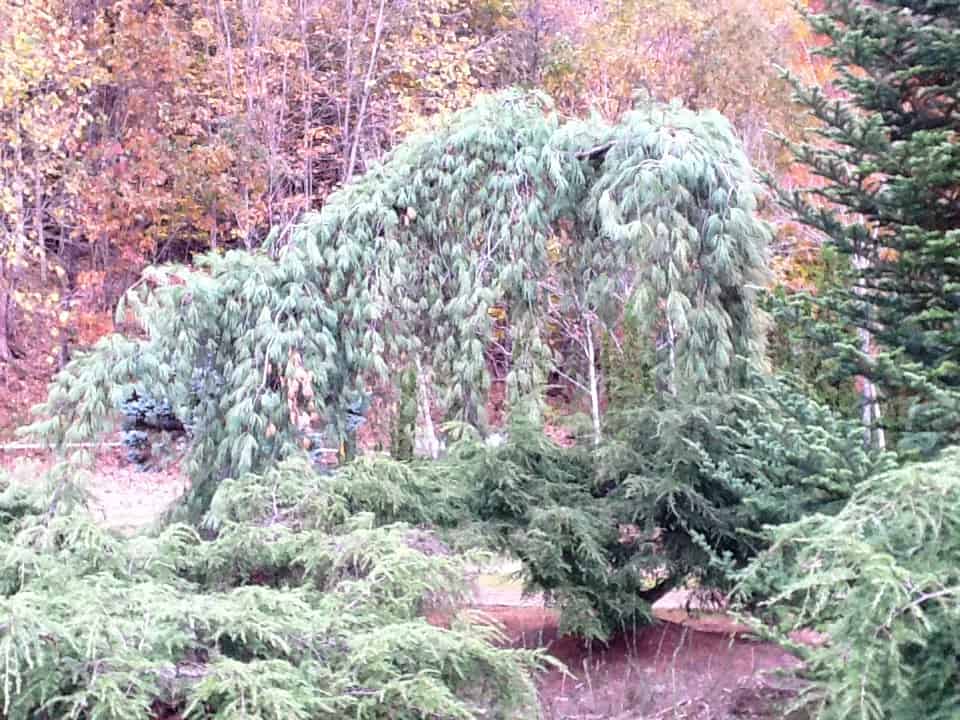 We walked among the plant varieties of Picea, Tsuga, Pinus, and more, and I noticed that each tree had its own unique character. Some trees were larger than I had seen in any nursery, some were pruned to display their unique personality or to play with the sense of scale, some trees invited you to laugh, be surprised…or even gasp. 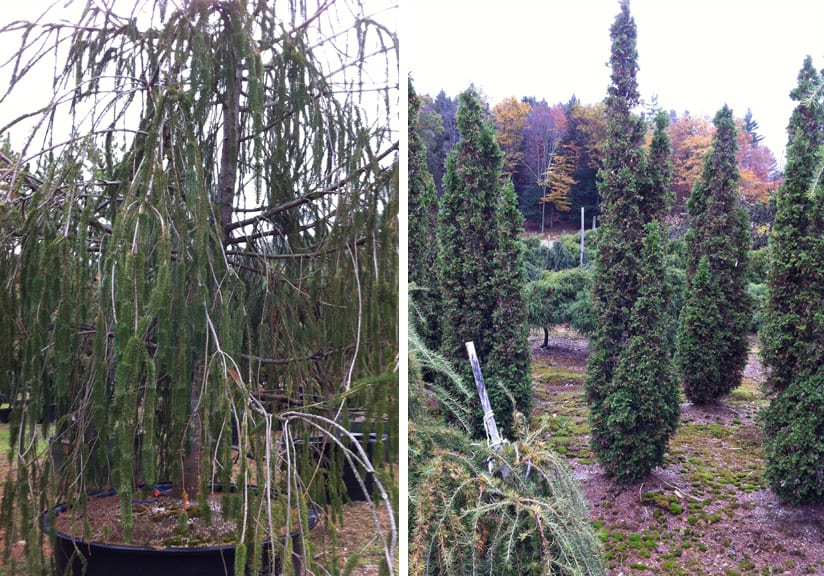 L: Picea abies ‘Virgata,’ or Norway snake spruce: striking and beautiful, but be warned, it’s not as soft as it looks. R: Thuja occidentalis ‘Degroot’s Spire,’ which Palmer describes as “the horticultural exclamation point.”

Palmer’s connection to plants can be traced back to Weston Nurseries. As a neighbor to the nursery’s original site, Palmer was exposed to the variety of general nursery stock and some rare plants as well. He opened his own nursery and developed his interest in grafting. His collection—amassed over 40 years and now numbering over 100 different cultivars (mostly conifers)—is divided between his Shin-Boku Nursery and Baker Valley Nursery locations. Palmer, his wife Deb, and foreman Bill Balch care for hundreds of trees and shrubs, employing a long-standing tradition of Japanese-style pruning. 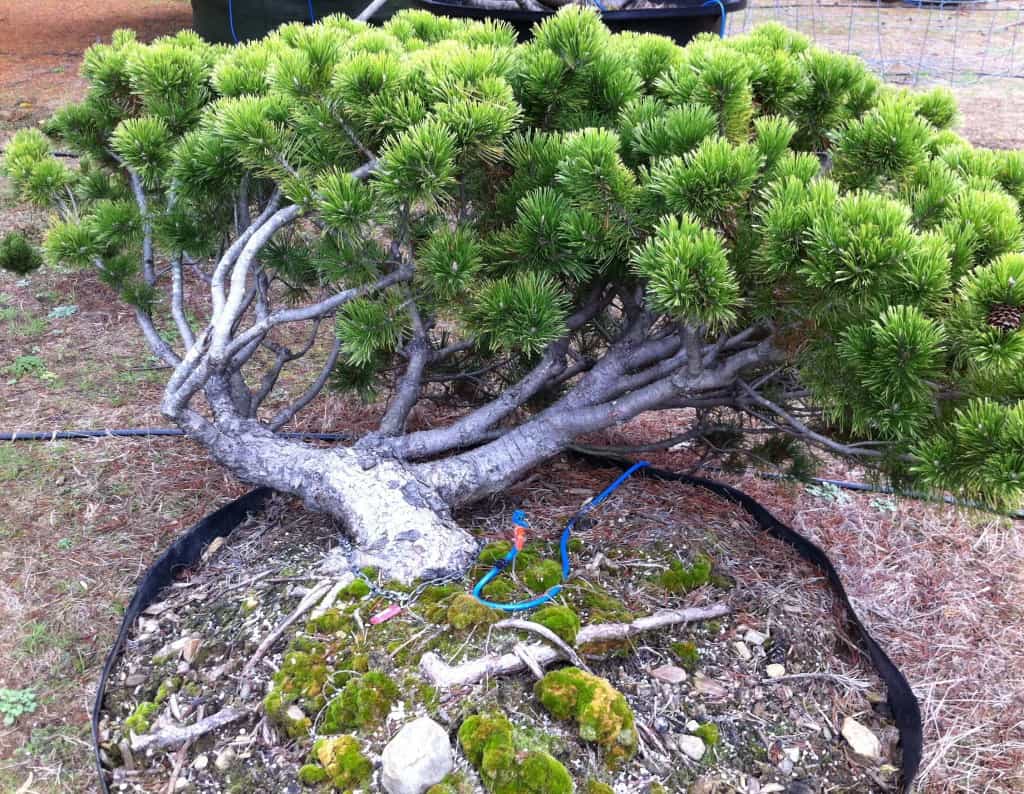 I liked this small Pinus telling its own story with a bed of moss at its feet.

We soon met Bill, who stopped for a moment to chat, though he had many items on his to do list: pruning, transplanting, and preparing trees for winter. He and Palmer are clearly a genuine team. Palmer said of Bill, “His experience and equipment talents are one-of-a-kind. I am very lucky to have him.” 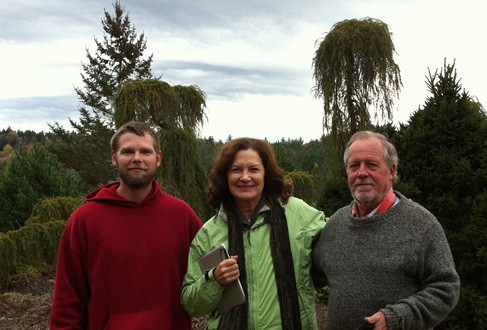 After touring Shin-Boku, we traveled a few miles to Baker Valley Nursery, to walk among very impressive mature tree specimens. As we wove our way through the rows, we came across the sweet scent of the Katsura tree, Cercidiphyllum japonicum. Touched by the cold frost, it smelled like cotton candy. Neither Julie nor I had experienced it before, and we both agreed that children would be excited by this surprise –inspiration for a Children’s Garden! And then the two dancing larch trees – where can we use those? So many ideas! 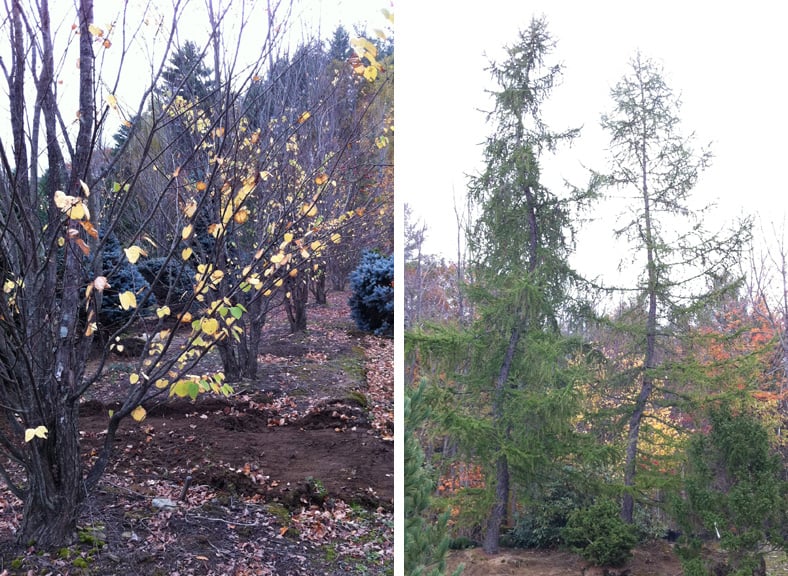